Equity, wealth and the worrying cost of inflation

HomeNews & Views, FinanceEquity, wealth and the worrying cost of inflation

It’s the question we all want an answer to – will our costs continue to soar?

Over the last month I have written about the cost of inflation in detail, just in time for it to soar further as petrol / fuel prices hit the roof.

As before when this occurs, blame is pointed to the ‘man on the street’, panic buying and filling up their cars. No. They only have one car to fill up, just as when prices were normal.

Undoubtedly, the supply issues have caused most prices to soar as demand has remained consistent for many products, but that cannot be said necessarily for oil / fuel. Consider that in January only nine per cent of staff had returned permanently to their desks after the pandemic. A poll showed 39 per cent will work from home for good.

Trust me – that is a significant drop on demand, so the supply/demand argument here takes a wobble. Opec, the cartel, shrugged its shoulders in response and agrees to a modest 400,000 extra barrels of oil per day which it had agreed last July.

Let’s remember that oil hit rock bottom of $0 in price for a barrel and Donald Trump pushed for oil cuts to bolster prices to look after the oil industry.

Surely investments should have been moving toward energy efficient homes and cars where the consumer is no longer reliant on the vagaries of a group of nations who have a vested interest in a price.

Cost of inflation for mortgage holders

Inflation is tough for investors, savers and extremely hard for those with no investments or cash as a way of paying their bills. If inflation was stubborn it would also become hard for mortgagees. A three per cent increase for savers would have a significantly less benefit overall to the economy, than a three per cent increase in mortgage rates would have in its devastation of the housing and mortgage market. In a debt driven economy where our ‘equity’ is a measure of our wealth, falling house prices would plummet confidence.

Before considering the options of where to protect yourself, consider what futures markets are considering. A ‘future’ is where you agree with another party to buy or sell something at a future price. It is effectively a bet, where party ‘A’ believes the price of an asset will be different to party ‘B’ (either up or down). Either way, the price is set and traded on public exchanges.

Commodity prices have priced in a pull back from current levels. Commodities, are items like oil, wheat, maize etc ie what’s on your shopping list and what impacts your cost of living.

Futures contracts for March 2023 in corn, soybean, for example, are trading at seven per cent less than today’s price.  This is true of many of the commodity markets and this is what is referred to as ‘backwardation’- where futures are priced cheaper than today.

This supports the view that inflation is temporary. Two key aspects which support that is the UK and US government’s debt. Currently at record levels, the repayment cost of the debt rises with interest rates.

The cost of inflation

UK central government debt costs were £5.6billion in October 2021 which was staggeringly £3.8billion more than the year before. The US debt of $21 trillion, coupled with its large and increasing deficit, are also an issue. As rates are low, and have been for some time, the interest payments have been low. If inflation is persistent, rates will rise, and governments will have to raise taxes, borrow even more to cover their higher interest costs or cut spending. This may also be at a time of wage demands. That, ladies and gentlemen, is not a good party.

It is, therefore, most interesting to see that central banks are remaining calm about rate rises and believing this is a passing ship.

While some have suggested commodity investing is a protection against inflation, proposing they are correlated in price, therefore a diversification from equities, all my studies show that not necessarily to be true.

If you have a query regarding the content of this column, you can call 01872 222422, email [email protected] or visit wwfp.net.

Peter McGahan writes a weekly column for 50connect. If you found Equity, wealth and the worrying cost of inflation useful, you can find more comment on the cost of living crisis on our Finance channel.

About the Author / Peter McGahan 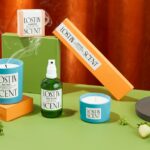 Have you tried our daily quizzes?